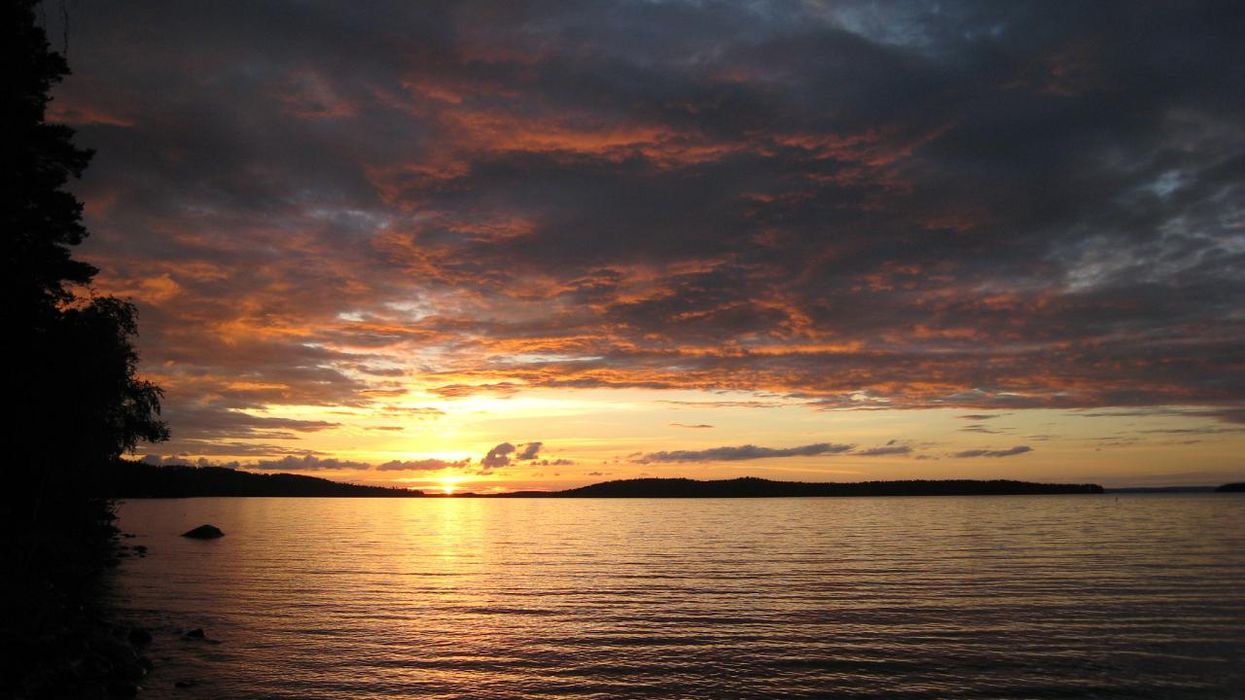 For the next 40 days and 40 nights, I pledge... I COVENANT to practice faith, hope and charity by doing these things.

We want to hear from you. Send us your stories, pictures and tell us how the challenge has been working for you. Email us here...

FAITH: I will pray on my knees every night for the next 40 nights...starting TONIGHT. Pray for guidance, inspiration and peace. Pray for the leaders of our country. Pray for their safety, and that they will receive wisdom. I will re-establish my relationship with God.

HOPE: Hope comes from truth. You can't have hope based on lies. If you go to the doctor and you're in the early stages of cancer, but the doctor tells you that you just have the sniffles...that's false hope, and it won't help you, in fact, it would kill you. So, we have to have honesty, to have real hope. So, I will stop all lies for the next 40 days. That includes lying to myself. I will establish a pattern of honesty and make it become habitual. I will question with boldness...everything...even the things Glenn Beck tells you every night...I will do my own research...and then pray for my own confirmation on the things I have learned. I will find out what is true in my life.

I WILL HAVE CHARITY: Charity begins at home. I will do something kind for every member of my family at least once a week. I will write it down and then do it. Also, I pledge to take notice of how blessed I really am. I live in the greatest country the world has ever known...and even the least prosperous among us, are among the wealthiest people in the world...I will be grateful. 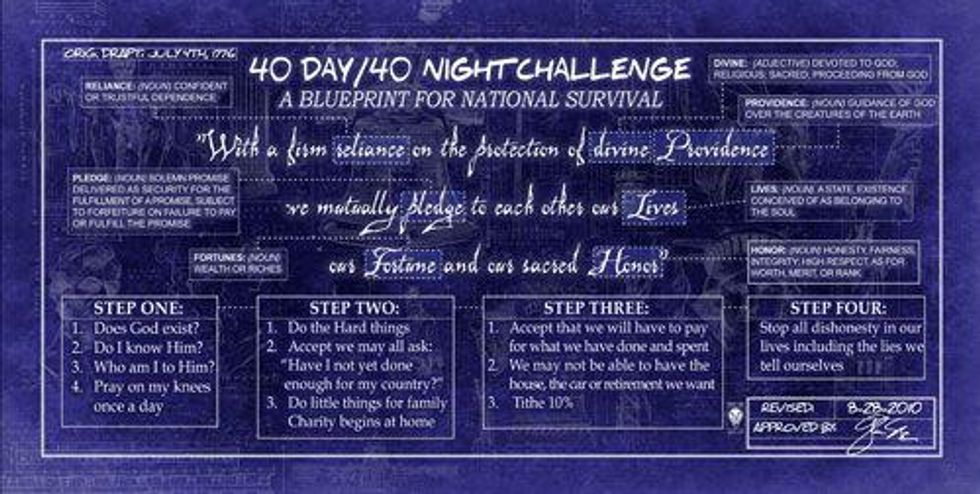 I ask you to make the same commitment to nonviolence and suggest you take the opportunity to share this with your friends and family.

As you prepare to march meditate on the life and teachings of JesusRemember the nonviolent movement seeks justice and reconciliation - not victory.Walk and talk in the manner of love; for God is love.Pray daily to be used by God that all men and women might be free.Sacrifice personal wishes that all might be free.Observe with friends and foes the ordinary rules of courtesy.Perform regular service for others and the world.Refrain from violence of fist, tongue and heart.Strive to be in good spiritual and bodily health.Follow the directions of the movement leaders and of the captains on demonstrations.

The Five Principles of NonviolenceNonviolent resistance is not a method for cowards. It does resist. The nonviolent resister is just as strongly opposed to the evil against which he protests, as is the person who uses violence. His method is passive or nonaggressive in the sense that he is not physically aggressive toward his opponent, but his mind and emotions are always active, constantly seeking to persuade the opponent that he is mistaken. This method is passive physically but strongly active spiritually; it is nonaggressive physically but dynamically aggressive spiritually.Nonviolent resistance does not seek to defeat or humiliate the opponent, but to win his friendship and understanding. The nonviolent resister must often express his protest through noncooperation but he realizes that noncooperation is not the ends itself; it is merely means to awaken a sense of moral shame in the opponent.The attack is directed against forces of evil rather than against persons who are caught in those forces. It is a struggle between justice and injustice, between the forces of light and the forces of darkness.Nonviolent resistance avoids not only external physical violence, but also internal violence of spirit. At the center of nonviolence stands the principle of love.Nonviolence is based on the conviction that the universe is on the side of justice. It is the deep faith in the future that allows a nonviolent resister to accept suffering without retaliation. The nonviolent resister knows that in his struggle for justice, he has a cosmic companionship.